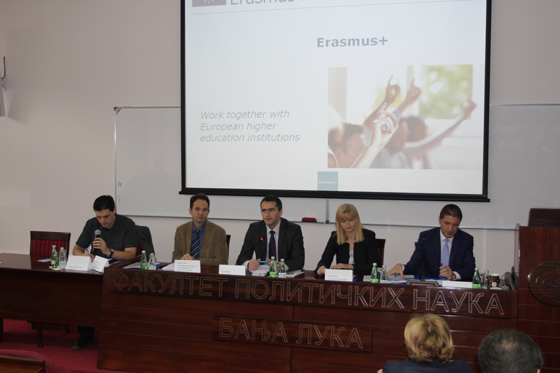 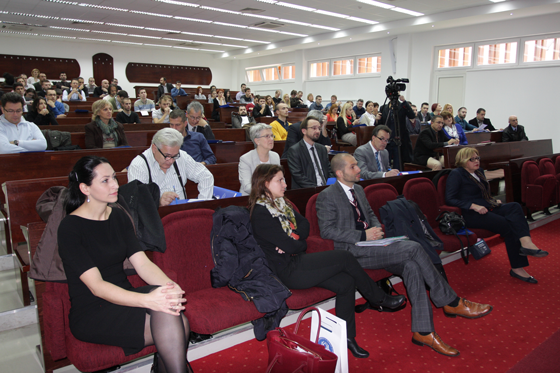 Some basic features of the new program regarding joint master degrees, ECTS mobility and building capacities in higher education, as well as the Jean Monnet program were explained. In addition, the procedures for submitting project applications were explained in detail, highlighting the formal requirements to be fulfilled during such procedures. The guests from Brussels pointed out the successful results of the previous programs (especially Tempus and Erasmus Mundus), expressing their wishes that the higher education institutions in Bosnia and Herzegovina will find ways to use all the possibilities offered by the new program.

Ms. Jadranka Mihić, the Programme Manager at the Delegation of the European Commission in Bosnia and Herzegovina, presented the results of using the IPA funds in the previous period, as well as the plans for the 2014-2020 period. The Team Leader of the Info Centre of the EU in Sarajevo, Mr. Edin Atlić, informed the present about the services this newly-opened Centre provides. 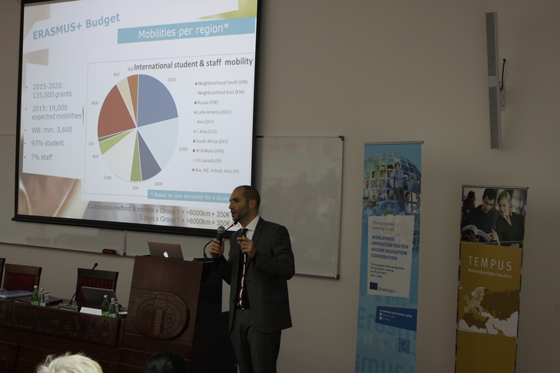 During the presentation, representatives of the universities of Banja Luka and East Sarajevo, Ms. Jelena Rožić and Mr. Srdjan Vasković, presented examples of successful projects implemented by universities from Bosnia and Herzegovina in cooperation with partners from other European states. 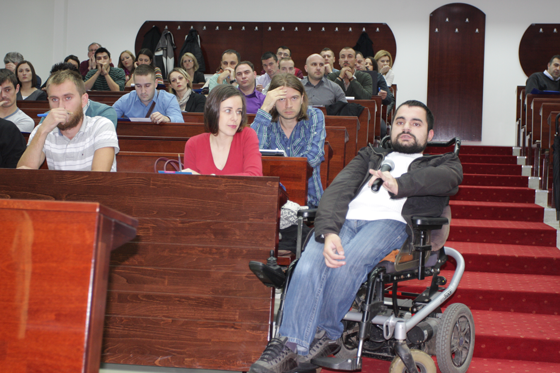 The audience were welcomed by Prof. Dr Valerija Šaula, Vice-Rector for International Cooperation of the University of Banja Luka, the co-organizer of the presentation, Mr. Massimo Mina, the Chief of the Department for Social Development, Civil Society and Cross-Border Cooperation at the Delegation of the European Commission in Bosnia and Herzegovina and Mr. Adnan Husić, Assistant Minister of Civil Affairs of Bosnia and Herzegovina.