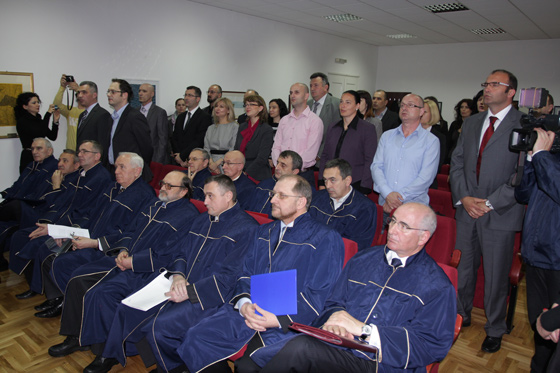 After congratulating the promoted PhDs on the acquired title and expressing his hopes that they would remain in the world of science for a long time, the Rector pointed out: ''I hope that you share the opinion of those who say that there is no greater pleasure for a scientist than the opportunity to contribute to the development of the community they serve to and thus dispel the darkness filled with mysteries, i.e. possibilities for them to influence the creation of life environment in which we will be quick to speak the mild words that create peace and kindness among people, and restrained to speak the words that lead to strife, hatred and discord''. 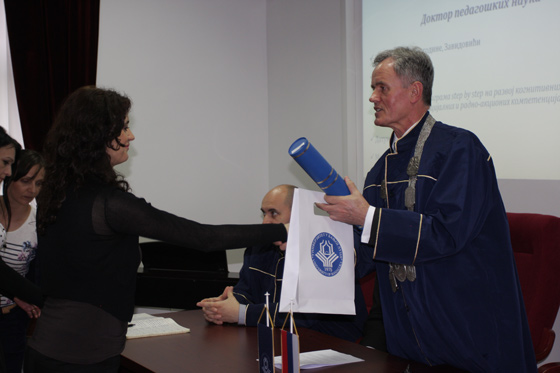 The promotion ceremony for the Doctors of Philosophy was also attended by the Minister of Education and Culture in the Goverment of the Republic of Srpska, Mr Goran Mutabdzija, Vice-Rectors of the University of Banja Luka, as well as the deans of faculties/academies at which the PhDs defended their respective dissertations.