Ms Anne-Marie Esper Larsen and Ms Amna Muharemovic, the representatives of UN Women, visited the University of Banja Luka on 26 February 2014. UN Women is the UN agency dedicated to gender equality and the empowerment of women (see more at: http://www.unwomen.org/en/about-us#sthash.WDUf3b41.dpuf ) 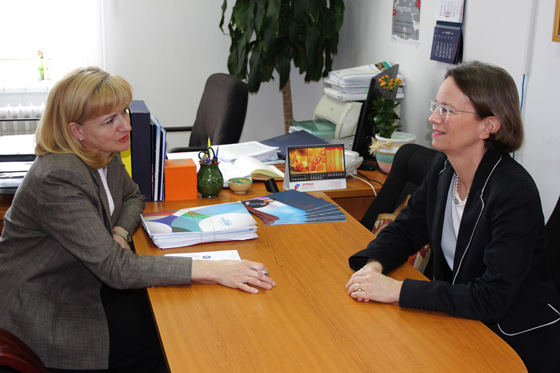 Prof. Valerija Saula, the Vice-Rector for international relations, had the honour of speaking with the guests. During the meeting, the focus was placed on the possibilities of future cooperation between the University of Banja Luka and the Agency, which has recently established its Office in Bosnia and Herzegovina.

UN Women financially supported organizing two summer schools on gender equality in 2011 and 2012 respectively at the University of Banja Luka, in cooperation with the Gender centre of the Republic of Srpska.